NanoEdge AI Studio from STMicroelectronics simplifies and shortens the development of systems for condition-based monitoring and other AI applications.

NanoEdge™ AI Studio is a new machine learning (ML) tool which enables developers to create in a few simple steps an optimal ML library for their STM32 microcontroller-based project, based on a minimal amount of training data. A demonstration version, with the part number STNEAIEVALLIC, is available for three months for free experimentation. 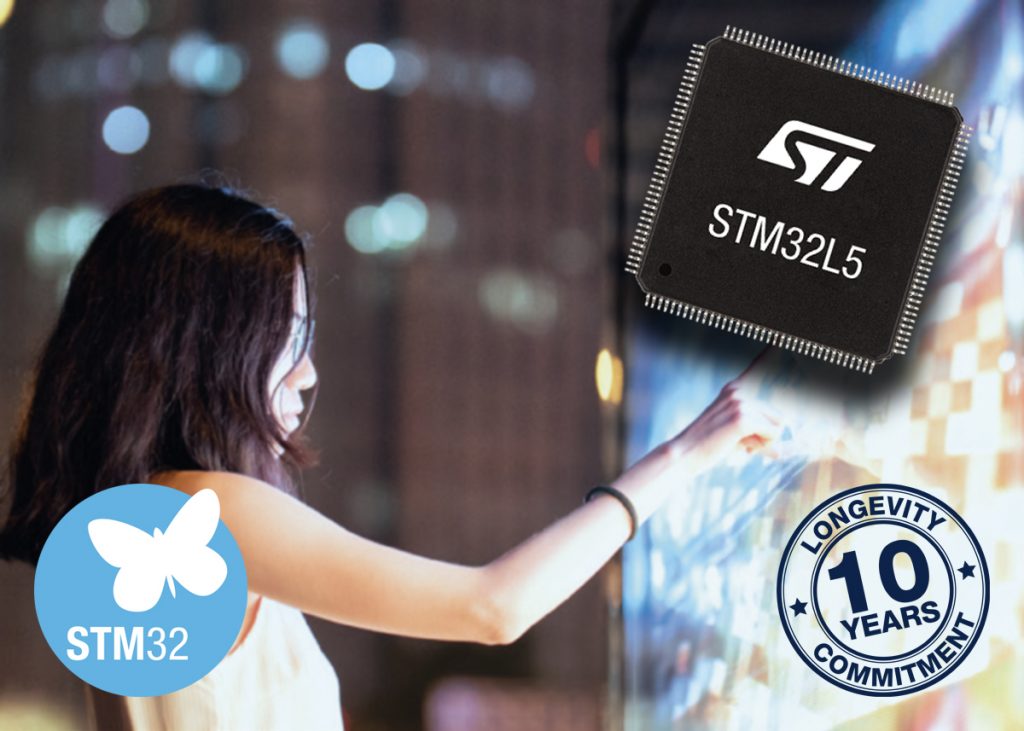 A PC-based push-button development studio, NanoEdge AI Studio can easily be used by developers who have no experience in data science projects. The tool can generate four types of library: anomaly detection, outlier detection, classification, and regression libraries.

An anomaly detection library is generated from a minimal amount of data examples showing normal and abnormal behaviors. Once created, the library runs in an STM32 microcontroller to first train and then infer directly on the device. The library learns the equipment’s behavior from data acquired locally and adapts to this behavior. Once trained, the inference engine compares data coming from the equipment over time against the locally created models to identify and report anomalies.

Outlier detection can be used to detect any abnormality with the one-class classification method. No example of abnormal behavior is needed. After importing normal signals into the studio, the STM32 MCU will create an optimized outlier detection library.

A classification library can be used to classify a collection of data, such as types of equipment defects in a condition-based monitoring ML application. When running on an STM32 MCU, the classifier analyzes live data and indicates the percentage of similarity with its classifier model derived from training data.

A regression algorithm can be used to extrapolate data and predict future data patterns. The developer first imports signals and target values into the desktop tool. Then it only requires a few steps to generate a smart library to, for example, improve energy management or forecast the remaining lifetime of an equipment.

These libraries can be combined and chained together. In this chained mode, anomaly or outlier detection could detect a problem on the equipment, classification could identify the source of the problem, and regression could extrapolate information and provide insight into the cause of the problem for the maintenance team.

The input signals can include vibration, pressure, sound, motion, magnetic fields, temperature, time-of-flight and more. Multiple sensors can be combined, either in a single library, or using multiple libraries concurrently.

The libraries generated by NanoEdge AI Studio are small enough to run on STM32 MCUs based on an Arm® Cortex®-M0+ core.