Using SiC MOSFETs: the when, the where and the how

One of the world’s largest suppliers of silicon carbide MOSFETs, onsemi gives advice here about implementing these new devices in power-system designs.

The advantages of the wide bandgap semiconductor material, silicon carbide (SiC), are well known to designers of power systems: higher efficiency, more tolerance of high operating temperatures, and faster switching frequency. But replacing conventional silicon superjunction MOSFETs with SiC MOSFETs is not a trivial task, and so designers need to be sure that the advantages of the SiC material will be realized in the application before making the switch.

This Design Note provides a high-level guide to when a SiC MOSFET is the right choice, and to the latest advances in EliteSiC semiconductor technology from onsemi.

Power-system designers are familiar with the applications for which either silicon IGBTs or silicon superjunction MOSFETs are best suited. As for SiC MOSFETs, their advantages are most likely to be realized in an economically viable way in power circuits that switch at high frequencies of 100 kHz or higher, and that operate within a wide range of line and load conditions. SiC MOSFETs work best in high-power applications of up to several kW, and where a reverse power flow is required. Finally, SiC MOSFETs are suitable for applications in which system power is sourced from the grid.

Application or product types to which these conditions typically apply include:

In these applications, SiC MOSFETs outperform silicon power switches because of their superior physical characteristics. The figures-of-merit of SiC MOSFETs are markedly superior in:

In addition, a SiC MOSFET’s on-resistance remains stable between 25°C and 150°C, whereas in superjunction MOSFETs and IGBTs, on-resistance can double towards the high end of the operating-temperature range. This means that, in applications subject to high operating temperatures, the efficiency advantage of SiC MOSFETs will be particularly striking. It is also worth noting the superior avalanche ruggedness of SiC MOSFETs compared to both IGBTs and superjunction MOSFETs.

The case for the defense of silicon power switches rests mainly on the familiarity and low unit prices. In addition, superjunction MOSFETs are particularly easy to drive, and are tolerant of a very wide range of gate-drive voltages. By contrast, SiC MOSFETs require a carefully regulated gate-drive circuit operating either between 0 V and 15 V, or between -5 V and 18 V depending on the part. The higher gate-threshold voltage of a superjunction MOSFET also gives it better noise immunity.

In addition, as noted above SiC MOSFETs are highly tolerant of high operating temperatures, and on-resistance does not rise dramatically at high temperatures, so they can be paired with a smaller heat-sink and require less cooling material. 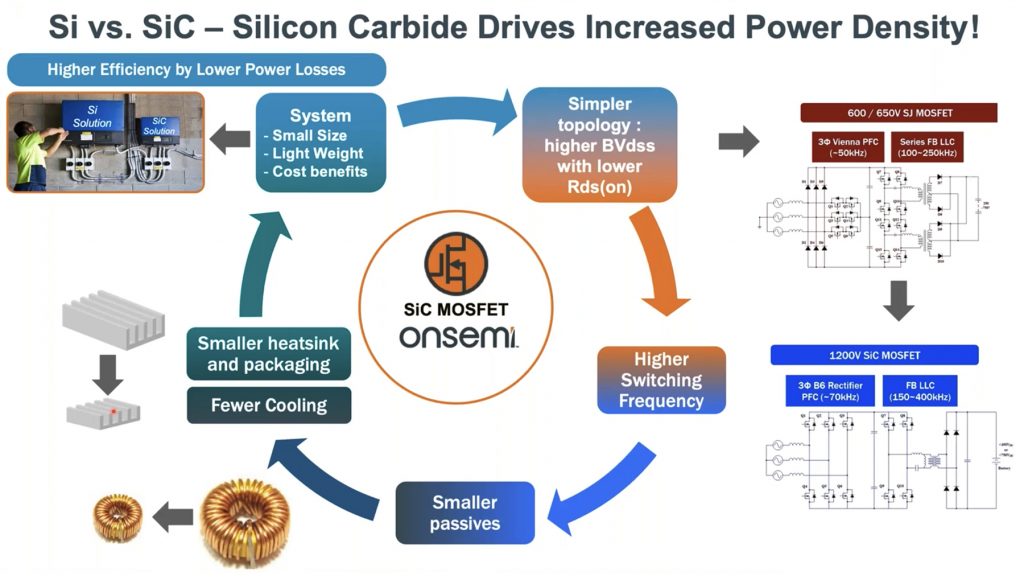 Fig. 1: Use of a SiC MOSFET results in system-wide benefits

The result is that a power circuit based on SiC MOSFETs has the following advantages over the superjunction MOSFET-based alternative:

Comprehensive testing in application circuits by onsemi demonstrates the superior characteristics of its EliteSiC MOSFETs. The reduction in switching losses is particularly remarkable. In a test circuit which implements a high-voltage totem pole PFC converter, onsemi has demonstrated that turn-on loss in a SiC MOSFET is 133% lower than that of an equivalent superjunction MOSFET. Turn-off loss is 22% lower.

SiC MOSFETs also offer a big advantage in high-voltage LLC converters thanks to their wide dead-time window, which is a feature of the SiC device’s lower gate charge and output charge compared to superjunction MOSFETs, and its very low reverse-recovery current.

Tools to support design implementations of the latest SiC technology

onsemi provides unique design technology to support the work of designers implementing SiC MOSFET-based applications. Its SPICE simulator has been completely redesigned to take into account all the physical properties of its EliteSiC MOSFETs. Device-specific models have been developed which give industry-best accuracy when simulating the electro-thermal characteristics of a SiC MOSFET under the designer’s choice of operating conditions.

The SPICE tool, detailed documentation and application notes from onsemi help designers to take advantage of the large portfolio of available EliteSiC MOSFETs and diodes. The company has now introduced its third generation of SiC technology in both MOSFETs and diodes, while continuing to supply parts built on the first- and second-generation technology.

The third-generation MOSFETs are divided into two broad families:

The third-generation D3 EliteSiC diodes are also available, and are optimized for high-frequency applications including PFC power stages and output rectification.

The onsemi portfolio includes both discrete devices in a range of electrically optimized package styles, and integrated power modules.