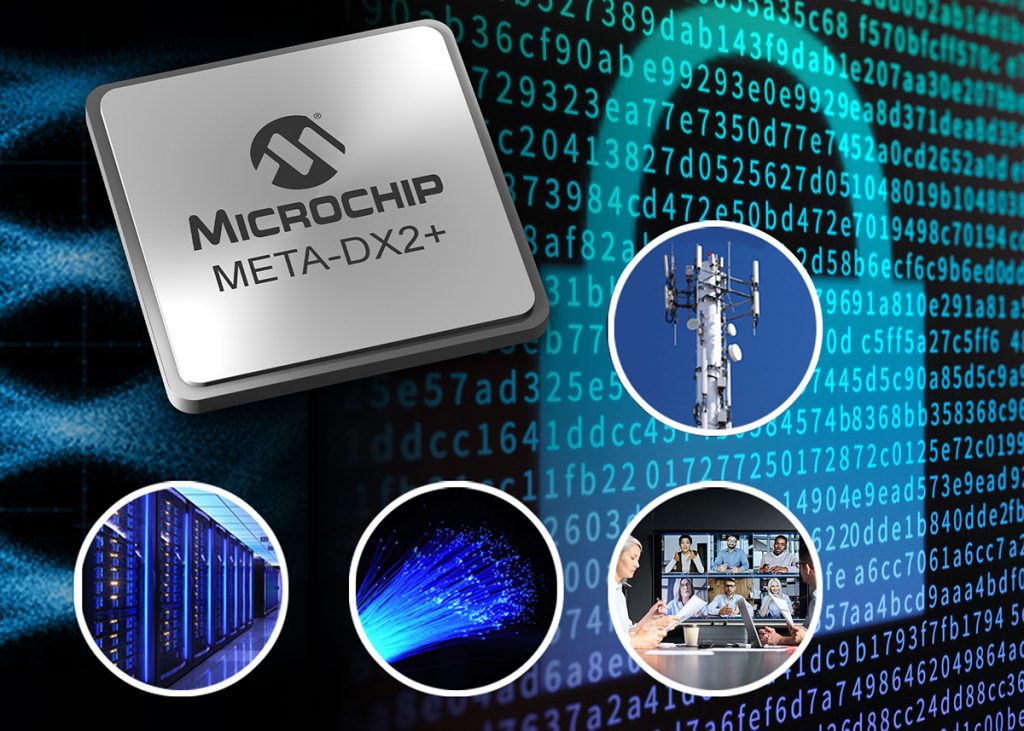 The META-DX2+ Ethernet transceivers are the industry’s first to integrate 1.6 Tbits/s of line-rate end-to-end encryption and port aggregation. This enables networking equipment OEMs to maintain a compact footprint in the transition to 112G PAM4 connectivity in enterprise Ethernet networking equipment. The move to 112G PAM4 is also backed by a Microchip META-DX retimer and PHY portfolio and the META-DX2L retimer.

By offering a portfolio of footprint-compatible retimers and advanced PHYs with encryption options, Microchip enables developers to expand their designs to add MACsec and IPsec functionality based on a common board design and software development kit.

Like the META-DX2L retimer, the new series of META-DX2+ PHYs can be used with Microchip’s PolarFire® FPGAs, the ZL30632 high-performance phase-locked loop, oscillators, voltage regulators, and other components which have been pre-validated as a system to help speed designs into production.